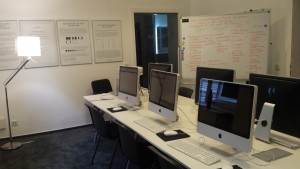 The most important Social Media Platforms

For search engine optimization, social media is here to stay , because the relevance for search engines like Google is amplified by a continuous presence in the major platforms. But what are now the “most important social media platforms,” ​​in which a company should be present and publish posts on a regular basis and what can it achieve?

Nearly 974 million users, about 25 million in Germany world – the reach of Facebook is enormous. The social media goals that can fulfill this social network, are very diverse.

Facebook is in the SEO ranking factors in the first place!

Recommendations ( “Like” button and share the content ) are in the foreground . For Publishers of the Like button is an essential multiplication factor to speed up the traffic of the panel and the dissemination of the content. The targeted use of content can make new customers on their own abilities more attentive and retain existing customers to the company. With its long range and variety of applications (eg. a ” Fan Page ” ) Facebook is equally attractive for small, medium and large businesses.

Twitter is among the SEO ranking factors far above!

The biggest advantage of this social media channel is the ability to send short messages (called “tweets” ) or to spread links quickly. This can for example be the announcement of the market entry of a new product , so as to excite a broad attention.

More than 400 million users use Google+ . Although branded customers have joined this social network compared to Facebook, Google+ is the SEO ranking with Facebook to approximately the same height.

With Google+ posts can be written and published in their own or extended circles and evaluated. Local on Google+ opinions can be read and written.

Content on the pages of Google+ get a preferred relevance of Google’s search engines and be found more easily . Registering with Google Local increases the chance to stand far above enormous.

Building a personal network is important, mainly in Germany and internationally at Xing LinkedIn. It is also worthwhile to present the own company, its strengths and goals in Xing and LinkedIn.

Xing has an internal search engine and provides interesting opportunities to make contacts and generate new clients, jobs, jobs etc.  So special topics can be actively placed and brought into the conversation, for example, using their own groups.

Just sign but not enough! Who wants to use his Xing account properly, should “SEO” operate within the network. In concrete terms, provided his own profile or the company with keywords. A detailed keyword analysis (What are you looking potential customers ? ) Advance is useful.

Many experts also include the video platform Youtube to their social media tools . Here , for example, own product videos and videocasts or even professional films can be adjusted.

Pinterest is a social media tool with interactive component and has clearly gained in prominence. The social bookmarking site lives of beautiful pictures and is therefore particularly interesting for companies with visually appealing products.